Eisenstein (Eisen) is a guest-professor from the film classes I teach. All film acting pages are under his supervision. I am just an assistant professor. Meyerhold is an Associate Professor on film acting pages (although Eisenstein was his student). The pages are new (Spring 2004) and structured in semi-formal way: "camera acts" (camera-partner and camera-public), directing (actor) camera -- and so on.
Anatoly

From the Film page in the old BioMX directory:

The nature of closeup acting: consider 3-shots as a tragectory of dramatic composition (exposition -- climax -- resolution).

"Sergmentation" (film term): you need to learn how to break the text down to the smallest beat (bit) of action. Camera-mind can help. After you are done with identifying the major compositional parts (exposition - climax - resolution), you move on segmenting the action on the micro-level. "Line=by-line" analysis is the first step.

DOOLITTLE. Dont say that, Governor. Dont look at it that way. What am I, Governors both? I ask you, what am I? I'm one of the undeserving poor: thats what I am. Think of what that means to a man. It means that hes up agen middle class morality all the time. If theres anything going, and I put in for a bit of it, it's always the same story: "Youre undeserving; so you cant have it." But my needs is as great as the most deserving widow's that ever got money out of six different charities in one week for the death of the same husband. I dont need less than a deserving man: I need more. I dont eat less hearty than him; and I drink a lot more. I want a bit of amusement, cause I'm a thinking man. I want cheerfulness and a song and a band when I feel low. Well, they charge me just the same for everything as they charge the deserving. What is middle class morality? Just an excuse for never giving me anything. Therefore, I ask you, as two gentlemen, not to play that game on me. I'm playing straight with you. I aint pretending to be deserving. I'm undeserving; and I mean to go on being undeserving. I like it; and thats the truth. Will you take advantage of a man's nature to do him out of the price of his own daughter what hes brought up and fed and clothed by the sweat of his brow until shes growed big enough to be interesting to you two gentlemen? Is five pounds unreasonable? I put it to you; and I leave it to you.

Important, understanding the meaning of "cut"!

I have to write in details about mise en scene (BM) for actors in film, in addition to Mise in film directing pages.

It is important to recognize that stage acting is almost universally recognized as the best training medium for ALL actors. Look at the career of your favourite movie star and nine times out of ten you will find that he/she trained in stage acting. Once you have become adept at acting in the theatre, you can shift to film acting fairly easily. The reverse is not necessarily true. And to succeed in this business, all actors need to be able to perform in both media.

"Theatre's basic material derives from the audience: the moulding of the audience in a desired direction (or mood) is the task of every utilitarian theatre (agitation, advertising, health, education, etc.). The instrument of this process consists of all the parts that constitute the apparatus of theatre because, despite their differences, they all lead to one thing - which their presence legitimates - to their common quality of attraction." (Richard Taylor & Ian Christie, The Film Factory: Russian and Soviet Cinema in Documents1896-1939 (Routledge & Kogan Paul 1988), p.114. )

Even here, at such an early stage in his career and having made no major feature films, Eisenstein appeared to be describing dialectical montage. The instruments he describes above take the form in cinema of shots which, when they collide, function to mould the audience emotionally. As he goes on to suggest:

An attraction (in our diagnosis of theatre) is any aggressive moment in theatre, i.e. any element of it that subjects the audience to emotional or psychological influence, verified by experience and mathematically calculated to produce specific emotional shocks in the spectator in their proper order within the whole. These shocks provide the only opportunity of perceiving the ideological aspect of what is being shown, the final ideological conclusion.

Another aspect of revolutionary Soviet theatre which clearly influenced Eisenstein's montage, was its cubist and futurist art principles. Although he did not specifically equate his montage with such a 'Western' term as cubism Eisenstein, in accordance with the cubist aesthetic, believed that the best pieces of montage were those which are incomplete.

THE SEMIOTICS OF ACTING: FROM HIEROGLYPHS TO IDEOGRAMS

"Naturalistic acting--initially championed by the Duke of Saxe Meinengin in the mid-19th century and perfected by Stanislavsky and Nemrovich-Danchenko at the Moscow Art Theatre at the beginning of this century--. sought to represent human behavior in an illusionistic manner so that the audience was encouraged to believe the action being portrayed was analogous to everyday experience. The entire focus of the Stanislavsky acting system was--and continues to be in the derivative American Method --an attempt to synthesize actor and character so that attention is not drawn to the craft of the performer, but to the part being enacted. Exercises in maintaining public solitude, creating the imaginary circle, and in object concentration are intended to psychologically reinforce the actors ability to live "truthfully" under imaginary circumstances so that the illusion of reality is not broken for the spectator.

[ ... ] Symbolist theater moved the figurative elements of the text into performance--filtered through the aesthetic of the director--and thereby undermined the validity of naturalistic acting techniques. One of Stanislavksys protégés, Vsevolod Meyerhold, struggled to develop a method of acting that would lend itself to this new type of performance. Meyerhold, drawing upon circus techniques and commedia dellarte sought to create a system of performative hieroglyphs that could be used by actors in a regulated manner and decoded by the audience. The result was a system he called Biomechanics. "

2004: I do not know when I will have time to write about "acting in movies" -- here is a short list of actors I refer to in Film Analysis class.

Acting is a part of "mise-en-scene" in many textbooks (need definition).

Maybe I will put my comments to the titles and actors later. Anatoly

PS. Watch the movies on your own, we don't do it in class.

There a short list of titles I show the segments in class, when we get to Acting; here are the samples.

There are other movies with Jack Nicholson could be recommended (use Amazon suggestions).

[ I am not mentioning European film actors here. ]

I have no pages on individual actors. Only film directors -- Eisenstein, Tarkovsky, Bergman, Kurosawa, Fellini (Film-North).

"Indeed, Meyerhold's system of actor training, 'Biomechanics' (opposing Stanislavsky's naturalistic methods) was widely used in revolutionary theatre and greatly influenced Eisenstein's theories of montage.
In many of Meyerhold's productions, some of which Eisenstein assisted on, actors would acquiesce with one another so that, as in the montage of attractions, for every positive action there would be a negative. Indeed, in certain plays, Meyerhold would place detonators under the seats of unwitting performers. The blasts would send them hurtling into the air and thus, like Eisenstein's montage, generate shock within a surprised audience."
[ * ] 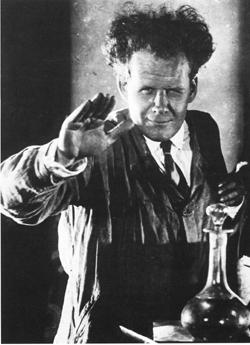 More Than a Method Trends and Traditions in Contemporary Film Performance

Though it is often neglected in cinema scholarship, screen performance is a crucial element in the ideological and emotional impact of films. More Than a Method provides the reader with a historical perspective on film performance theory and explains the importance and relevance of analyzing acting. The essays are divided into three sections: modernism, neo-naturalism, and postmodern film performance. The authors clearly define terms relating to acting and acting styles and provide brief overviews of the significant themes and predominant visual styles of each director. The volume's essays share a cohesive focus on the art and craft of acting, each emphasizing performance as it is presented on-screen, challenging the idea that the best (or only) way to categorize performance is by training or working method. Through dynamic and sophisticated analyses of a wide range of acting styles and choices, More Than a Method fills an important gap in today's film scholarship.

Film & Movies I teach next time in the Fall 2005; updates 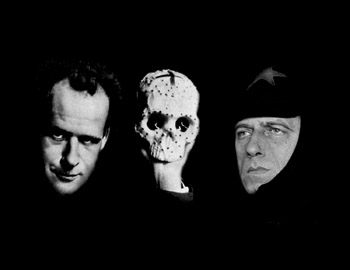 The difference is that the camera is in the middle in a very intimate way. In a sense, the actor has to trust the camera the way he/she would a lover. Indeed, I think Michael Caine made just that reference somewhere...

Elia Kazan says that film has usurped the stage when it comes to >Stanislavskian reality-based, psychologically truthful acting. Film is the best medium. He contends that live theatre will have to re-define itself, probably along the lines of a circus. Peter Brook goes down this philosophical road, too.

Poetics: "...the end for which we live is a certain kind of activity, not a quality. Character gives us qualities, but it is in our actions -- what we do -- that we are happy or the reverse. In a play accordingly they do not act in order to portray the characters; they include the characters for the sake of the action."