2004: Definition: [mise-en-scene] arrangement of scenery and properties to represent the place where a play or movie is enacted.
Lesson 5: Actor as Creator (Director?)
Lesson 6:
Lesson 7:
Lesson 8:

How different is dramatic analysis for BM applications? First, I introduce the basic film terminology -- shots. The student must understand that only one part of the body can act at the time. The one that is in focus. You are doing too much! Let me, spectator, concentrate, please! Read about the "body breakdown" in old directory. (Physical Acting)

Yes, I use masks in class as a tool to remove facial expressions and to make their physical action bigger.

Kiebuzinska writes: To protect the political revolutionary and scientific concerns of the new society, Meyerhold worked out techniques for actors which he called "bio-mechanics". He considered this theory to be a projection into the theatre of the scientific spirit motivating the life of the Soviet Union at a time when the "machine" had become a symbol of a new society. ... Attention to physiology rather than psychology had to do with the movement away from the monistic concept of the individual towards the collective view, the notion that the individual lives on in the collective memory. (1988:53) 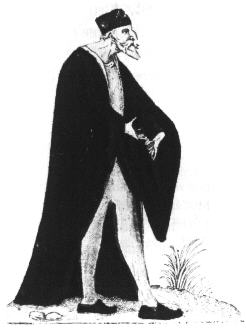 Structure YOUR Physical Action!
from Part II. Episodes and III (textbook) to ...

Part IV. Inhabiting the World of the Play (173)

The Rules of the Play

Scenes in class (Gogol from Acting One, Mr.K and Mary).

Playing by the Rules

Sometimes I even use the movable black board to "mask" their entire bodies and we do "scenes" where the only feet are "acting"!

Do our exerc. at home: hands only, for example.

Roose-Evans, James Experimental Theatre 1989 (1st Edition) Routledge Meyerholds revolutionary ideas drew on techniques used in the Kabuki, Kathakali and Commedia dell arte disciplines. He believed that theatre, if it was to have any meaning, had to be based on physical reality, not on subjective emotion. However his theatre became so formalised and abstract, that it distanced itself from the people he was trying to open it up too: the workers of communist Russia. Because of political pressure Meyerhold was forced to stop doing such avant-garde work, and produce pieces that were more acceptable. Resisting to the end, he gave an impassioned speech about how art could not be controlled or contained, and was arrested. [ * ]

Biomechanics is a system of training aimed at making the body carry out a set task in the most efficient way possible. Meyerhold approached the technique as a system for training actors, but it can be used to perfect any movement.

"If we observed a skilled worker in action we notice the following in his movements; (1) an absence of superfluous, unproductive movements; (2) rhythm; (3) the correct positioning of the bodys centre of gravity; (4) stability."
[Meyerhold, 1922]

Actors trained in this system would be part athletes, part acrobats and part animated machine. The actors worked on perfecting a constant awareness of themselves in space, they were to display no emotion. Basically they developed their bodies so that they could carry out any action in neutrality. Individuals could then add to this neutral state a single action or gesture that would epitomise a single emotion or event. Meyerhold looked in great detail at exactly what expression communicated what emotion. Using his actors with their advanced knowledge of themselves, Meyerhold could then compose directly to the stage abstract movement that communicated stories and emotion.

"The actor must train his material [the body] so that he is capable of executing instantaneously those tasks which are dictated externally."
[Meyerhold, 1922]

I use images from Meyerhold Era (contructivism -- emphasis on structure, see the sets above) Stepanova (left), Meyerhold's set/costume designer.

Help yourself: study the structure of your body, imagine every part of in motion (after a while your imagination/inner visiton will become a habit; you don't think about "walking," rifght?)

Professionalism is the behavior pattern acquired by frequent repetition or physiologic exposure that shows itself in regularity or increased facility of performance. Without developing those habits, you will never work professionally on stage. 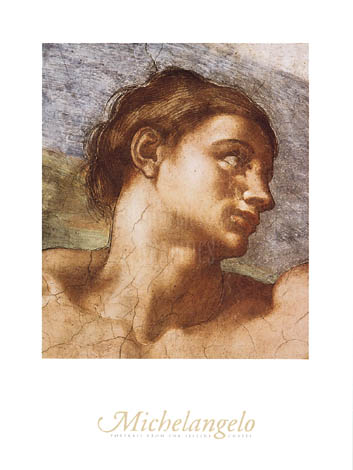 Read episodic acting page ("view from outside"): self-observation is the criteria of professionalism. Leave inspiration to something that you don't know how to do. Michealangelo (left) studied body, because bhe wanted to relieve his creativity for bigger tasks than amaturish struggle with something that could be done mechanically!

Meyerhold understood that "smart body" (professional body) would do much as long as the mechanics gets into your blood. Think of the praining for professional athlets or musicians.

The biggest problem (my class experience) is ATTITUDE. If you think that you need no training, try modeling and pray for luck.

You wouldn't dare to dance ballet without training and expect to be payed...

If you don't plan to make money by acting, enjoy yourself and forget about your future in theatre. Start "making choices" before enrolling in acting class!

If you have talent, you need training more than someone who doesn't have it.

Test -- If you do not train yourself, you have no talent.

If you do not do every day, forget it!

If you do not work out as actor several hours a day, don't batther.

The arrangement of performers and properties on a stage for a theatrical production or before the camera in a film.

Mise-en-scène is a French term and originates in the theater. It means, literally, "put in the scene."