Terms: Episode, Caption (in the style of tabloid newspapers).

Tasks:
Identifying roles (types)
Report to the audience (no 4th Wall)
Demonstration (open to see)
Transitions (identify them)
The gest

[ use film terminology, montage and dialectic ]

Episodic Analysis (Kaplan):
* Basic unit: the episode, an event that happens on stage, understood by the audience.
* Key question: actor -- "What do I do?"
* Dramatic action: a transition between characters, clarified by a gest at the moment when the transition is successfully completed or fall apart.

Review: opposition -- contradictions, simultaneous or sequential, deliberetly included in a performance in order to create a dynamic fusion of opposing forces.

alienation -- making the familiar seem strange by taking what is familiar out of context.

3. The intended reaction of the audience. Episodic acting encourages the audience to synthesizs a story from the progression of episodes. Brecht wanted his audience to sit in judgement of the action. (101)

4. The illusion of character

[ I do not know where to talk about Acting for the Camera, which is by default is very "episodic" (action-cut). Maybe at Actors in film directing directory. ]

The performers discipline was further dissected and tested by Meyerholds insistence on breaking down every instant of an individuals performance to ensure that the instant has no superfluous elements, and adds to the objectives of the piece.

"The co-ordinated manifestations of excitability together constitute the actors performance. Each separate manifestation comprises of an acting cycle [element of excitement].

The intention is the intellectual assimilation of a task prescribed externally by the dramatist, the director, or the initiative of the performer.

The realisation is the cycle of volitional1, mimetic2 and vocal reflexes.

1 The term feelings is used in the strictly technical sense with no loose, sentimental connotation. The same applies to volitional. The word is used on the one hand the inspirational method of acting (and the systematic use of narcotic stimulants ), and on the other the method of authentic emotions (the hypnotic conditioning of the imagination)

1. Certain changes of emphasis as between the dramatic and the epic theatre (37)

Meyerhold trained under Nemirovich-Danchenko, and joined the Moscow Arts Theatre at its formulation in 1898. Although Meyerhold both performed and directed under Stanislavsky in the naturalism style, he eventually formulated his own ideas on theatre, which were so different from the Moscow Arts Theatres that he had to leave. Meyerhold considered the art of the performer dead under Stanislavsky, he suggested that naturalism is a sort of hypnotism, removing control of what happens on stage from the actor, and giving it to a fictional character. [ * ] 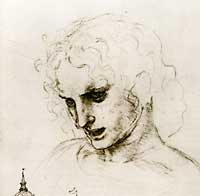 Playing "fixed" emotions (e-motion): establish dominat feelins and move from one to another in stages (trajectory or the "story" of passions).

It doesn't contradict the concept of "motivation" (Method); simply an approach from "outside-in".

Mark the stages in your Actor's Text breakdown.

Start with the monologue! 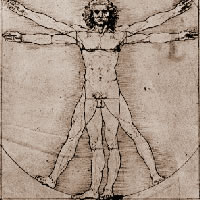 I use Leonardo Da Vinci drawings (identify the theme-emotion in each, give a name).

Connect the changes in "emotional soulscape" with the movement (left and right notes in your Actor's Text).

"Face breakdown" -- how the emotion is expressed (eyes, mouth, head position and etc.)

Captions -- define (discribe) each moment (as if for freez-frames).

Check for psychological truth in evolution (story) of emotional path. 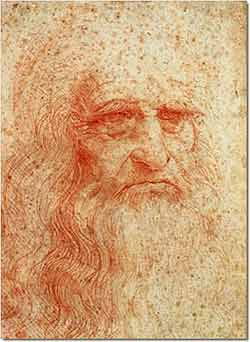 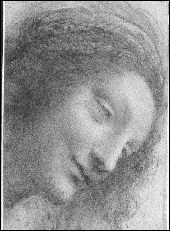